Spring is coming: tips for growing your outdoor bootcamp

Craig Jackson shares his experience running a successful outdoor bootcamp business Action Fitness Norwich and how TeamUp can help with the management.

Craig Jackson shares his experience running a successful outdoor bootcamp business Action Fitness Norwich and how TeamUp can help with the management.

After the pandemic began and fitness instructors and coaches began furloughs in the UK, Craig Jackson decided it was the perfect time to start his bootcamp business and take Action Fitness Norwich outdoors. Predominantly started online, as soon as he could, to the great outdoors he went.

As spring quickly approaches, we asked Craig about his experience sole-operating his bootcamp and PT business and growing it to 100+ members under two years, why bootcamps have become so popular, and how to enable TeamUp to take the stress out of managing your bootcamp. See what he had to say by reading his interview below.

Tell us about your journey launching your bootcamp

I worked in the fitness industry for a number of years and I used to work in a local gym. When the pandemic started, it made me think about how I would move forward. Job security was touch and go. We didn't know what was going to happen, no one did.

I'm not the sort of person to sit down and just sit on furlough and do nothing. I started running some online classes on Zoom, which at first I tried to do on my own without using TeamUp software because I wasn't really aware of it yet. But then TeamUp really helped by adding the Zoom integration and it made everything seamless.

The clients that I picked up through doing the Zoom classes and from when I used to work in the gym were interested in doing outdoor exercise as the pandemic went along, and I thought, “There's an opportunity to start something on my own.” So, I built Action Fitness Norwich and took it outside.

In June it will be two years since we launched. We were limited on the number of classes and we didn't know how well it would go. But fortunately, it did go well from starting with five people in a class because that was what we were allowed at the time to now having really busy classes with up to 20 to 25 people in a single class.

Initially class was just a couple of times a week, and now we have seven classes a week and then have a personal training business running off the back of it as well. It's a good mix of outdoor workouts for those that want to be outside. It's a bit harder when it's cold in the middle of December and January, but our numbers are still pretty good, and we see our business continuing to grow as time goes on.

As an outdoor bootcamp, it can be quite a seasonal job because it's busier in the summer and spring months. As it gets colder and darker in the winter you start worrying about things such as

In the summer months, you have all the bugs come out and people have to come sprayed up with repellent for outdoor sessions. There's always something whether it's cold or hot.

It's all about adapting the programming to fit with the surroundings that you're in. Whereas if you're in a studio, your program wouldn't really have to change because you just turn the heat on or the lights on and the actual area wouldn't have to change.

Another challenge is being flexible in the workout. Making a well-rounded exercise program for everybody that's involved.

Figuring out the best membership plans

Working out what membership plans work is another. In the beginning, I didn't do memberships and I did drop-in style with the option to buy a pack of 10 sessions for slightly cheaper.

In the beginning that was fine, but I didn't think about the long-term in the sense that as it gets quieter in the colder months the income stream would drop dramatically because I didn't have those members who were paying a monthly fee that would still come back because they know they're paying for it.

If you have the option to say, “today it's cold outside, I won't pay my six pounds to come to the session,” then they won't come. But if they're signed up for a membership, they're more likely to go.

I should have started that earlier and that was probably the biggest learning curve and challenge for me.

I set the price pretty low on a drop-in session. I didn't set myself up for people to sign up for a membership because I didn't think yet that there was a big enough benefit to having a membership.

What I had to do was increase the drop-in price gradually, but keep the membership at the same price nice and low. Now it's set at the right pricing structure. I learned a lesson there that I should have done that from the start. 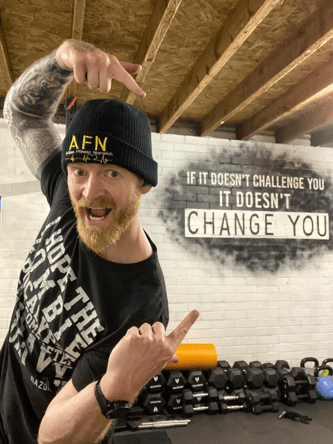 Then they can select the class and fill out ParQs and the consent forms, everything else, that's all done online and I don't need to worry about it.

Then I get an email that flags if there are any issues health-wise that I need to be aware of. My new member of staff who coaches on Tuesdays also has access as well so she can easily see if there's any medical information that she needs to be aware of when she's running the class.

All of that makes things so much quicker because I don't have to flag things myself, it's all in the app and registration details for me and my member of staff to see.

It just makes life so much easier because I don't have to worry about the administration side of it. I just need to focus on writing the classes, being there, and delivering the class.

I can also see whether clients are at risk of leaving and can get in touch with them just to see if everything's okay.

Everything in one place for bootcamps and personal training

From the personal training side this year, I went from offering packs for people for a bit cheaper to a monthly direct debit, which wasn't really something that I could do before without TeamUp.

I used to use a different booking software for the notifications of members, and now I'm slowly moving all my clients to TeamUp from the personal training side of things.

And still so much to explore

There's so much stuff on there. Some I haven't even touched yet. But what I have used has helped retain members, remind members they have a class coming up, remind members that if they can't make it to cancel it, so that frees up a spot for somebody else.

What is your strategy for attracting bootcamp clients?

It started with people that I used to work with at the gym I was at. They would tell their friends and then it grew from there. We used social media channels to try and publicise the classes. I did run a Joe Wicks style childrens' free session at my children's school and did a couple of Zoom classes for them as well. Some of the parents started coming to classes and online Zooms as well.

It's really grown from word of mouth, I've not put a lot of advertising or marketing strategies into it. It's more just people who have seen us outside and we use public spaces with permission from the owners. From seeing it out and about, people will come and ask about us or they'll know someone that knows one of our members.

We have gone from being quite small to nearly a hundred members in the summer which is quite a lot when it's just me and help from a good friend of mine that will cover some classes when needed.

Why do you think bootcamps have become so popular over the past years?

The style of workouts in bootcamps is quite intense. You get a lot of exercise in a short space of time. I think that time is precious for so many people nowadays. After a 45-minute class, you don't want to do anymore at the end of it.

With regards to the actual class being outside, people now appreciate outdoor space a little bit more. You're more in nature and we don't have music playing in an outdoor class. People get to have a bit of a chat, it's a bit more social. I can have a bit of a laugh with everyone and they all get on together.

I found that with actual fitness bootcamps, everyone is really friendly and some great friendships have been made here. I look forward to every single class because we joke and laugh whilst exercising. That has really gelled and glued the group together.

That's what brought people in as well. People don't necessarily start off confident in their first classes. But because everyone is so welcoming they just slip in and get on with it, and it's lovely to see.

What are your goals for your bootcamp this year?

It would be nice to get to the point where I can take on a member of staff. I already do now to cover a Tuesday evening session which is great, and she's fantastic.

Whether we could grow to the point that I could take on another location and possibly have somebody else coming in and covering some of the classes so that I am not doing it all. I can also focus a bit more on the personal training side here at my home.

Obviously, I can't do both at the same time, and we're talking about three different locations. I would like to try and expand but not to the point that it gets silly. Manageable growth.

What is your best advice to other owners looking to take their bootcamp to the next level in 2022?

My advice to boost business in 2022 is to put your members first and be consistent with what you do. We all get moments where we think things aren't going the way we want it to. But if you use software like TeamUp, you can look back at the classes to see what's working.

Maybe there isn't a class that's not doing too well. It could be the timing might be wrong. Send out member feedback forms because people will always tell you what they need and what they want from the class because they're paying for it.

Listen to your members, that's the key thing. If they're happy, then you'll be happy and everyone's happy.

Thanks for sharing Craig! To learn more about Action Fitness Norwich, check them out on Instagram.

Video: Why Craig uses TeamUp to run his bootcamp and PT business

I couldn't be without TeamUp now. I think if I didn't have it, I'd be spending probably 50% of my time doing all the administration work. And that just saves me so much time with having it.

Check out our additional resources for running your outdoor bootcamp