Making a difference in the community though circus training classes.

Making a difference in the community though circus training classes.

When Alex Leo’s journey with the circus began she had no idea it would lead to launching her own circus school in her hometown of Slough. After travelling the globe to find her purpose and explore her passions, and take her own circus training abroad, Alex brought the lessons and values she learned along the way back home where she opened Leo’s Circus.

Through the many trials and tribulations she experienced along the way, to Alex, they are all stepping stones to realizing her full vision for making the circus open and accessible to everyone.

To celebrate their very first showcase on August 19th, Alex sat down with us to share her story, her goals for her school, and her tips for a successful community-based club. Here is her story. 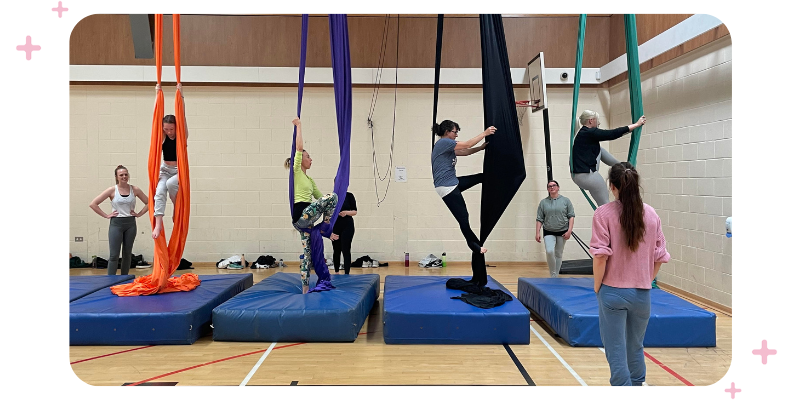 When I was 18, I originally wanted to go to university to study Spanish and Latin American studies. I applied to all of the top universities for those categories and subjects confident that I was going to get in because I studied so hard, especially for Spanish. Fast forward, I found out that because I didn’t do as well in Spanish as I’d hoped and I didn’t get into a single one. Fortunately, I was able to switch my major to English and was accepted to Cardiff University in Wales. But I wasn’t quite done with Spanish and my interest in South America yet…

Introduction to the circus

In university, I joined all the societies but the one that really piqued my interest was Capoeira. I was coming out of class one day when I saw a Brazilian man doing handstands on stilts. I was in awe watching, just mesmerized and I decided ‘I want to do this. Whatever this is I want to do it.’

I ran to the receptionist, to inquire and she told me that Cardiff University has a Circus School which included classes in silks, aerial, and ropes. Needless to say, I signed up. Quite literally she opened this door to a huge warehouse where the circus was held and metaphorically opened up a new world to me.

When I first joined my goal was to train and become really skilled. I did my first course, but it only included training twice a week. I would see the tumblers doing crazy tricks and I couldn’t wait to get to that level, but with twice a week wasn’t enough for me.

When I finished university I wanted to continue doing the circus but I didn’t know how. I hadn’t given up on my dream to learn Spanish and travel to South America and wanted to be able to do all of the above. I decided I’ll go to South America and figure it out once I get there, and that’s exactly what I did. I saved up for a year and off I went.

I started in my home country of Guyana then moved on to Colombia, Ecuador, Peru, and Bolivia, and landed in Argentina and planned to stay for a while. I first started teaching English then got a job working in marketing remotely and moved into a shared house. One day someone told me that there was a circus school nearby.

Having each other's backs (literally)

Argentina’s circus community really taught me about sharing. Everything there is shared, and I began to think more about how I could share. It is a real community feeling and I loved that. I loved that someone would do a move on silk and everyone would clap, say well done, and you did it. It was just beautiful, all these people coming together. And I loved how it made me feel. I could have the worst day, and I would go to class and forget all about it. For two hours every day I was in absolute bliss. In the circus community, you have to have each other’s backs.

In one school it was all donation-based, pay as you want for class. I’d go in and do two classes in aerial silks, then two classes in straps and handstands and then focus on getting my second discipline. I wasn’t advancing in the way that I wanted to and I began moving around a lot due to housing or finding the best place to live and every time I moved around, I would have to find a new circus school. Luckily there was always one nearby. In the schools in Argentina, everyone performs, the teachers, the students, everyone. But unfortunately, I had a few non-circus-related injuries that put me out for awhile while I had to heal and get fit again. But this wasn’t going to stop me…

Starting a circus school in the UK

When I first began training in the circus, my first thought wasn’t that I wanted to own my school. I wasn’t thinking that at all.

However, after my injuries, I decided to move back to my hometown, Slough UK in October 2019. It’s important to note that where I am from in the UK, doesn’t have the best reputation. I always wanted to bring something good to Slough and it was in moving back that I really decided I wanted to start my own circus school.

When the pandemic began I took that time to start working on my dream of starting school. I started by applying for funding to try to get started, but quickly I realized how hard it was to get funding for something that didn’t exist yet. They want you to come and prove you can do it. They want to see that you’re capable first. I had to prove that all my experience and knowledge meant that I could create this circus school. I sent out four applications and they all got rejected.

So I decided if you guys aren’t going to help me, I’m just going to do it myself.

I enlisted the help of my mom’s credit card and bought all the equipment and set up a partnership with a new venue. I managed to convince them to let me install all my equipment permanently and we got it set up in two days.

In February 2022 I hosted a free open day for the community to come down and try the circus and 80 kids and adults came down. It was a really great proof of concept and it was really successful. We then worked out a couple of time slots with the venue and unfortunately the times were not the best but we worked with what we got and I launched the classes.

We offer silks, and hoops, and we’re looking to bring in more disciplines and expand our events. We’ve been going to school and doing the full setups to show what it is. The kids love participating. 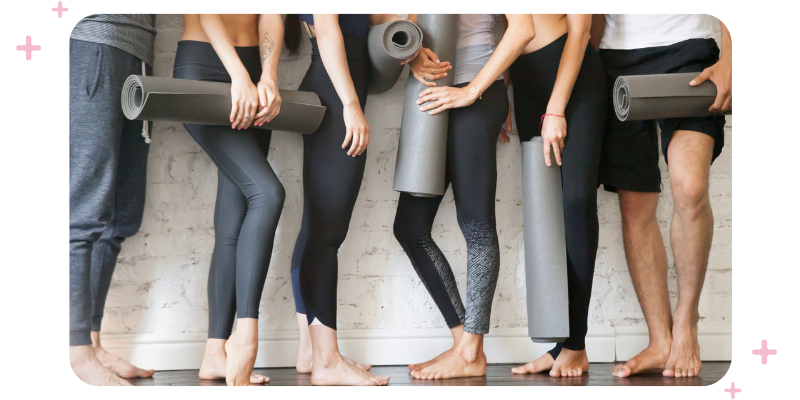 Bringing the community together through the circus

Slough is a worker’s town and there are many kids and families here on benefits. I went to one event to celebrate the Queen’s Jubilee, and there was one girl who really took over the whole workshop and treated it like a pro, and was doing her moves and helping the other kids. But I could tell something wasn’t right at home.

I gave her a leaflet and I wrote on the back of it, “free class”, and said she could come to our kids’ classes on Saturdays and get a free class anytime she’d like. I told her to give it to her mother because her mother wasn’t there and she looked at me and asked me how much it was for a taxi to get there. I realized even if I give her a free class she can’t afford to even get there.

That’s when it clicked for me, I wanted and needed to do more.

Making the circus available for everyone

We were able to get a little bit of funding from the Slough council to do a half program which will include three hours of circus training and a meal. This will be held over eight days and we’re going to teach the kids about healthy eating and cooking.

We have a chef and nutritionist coming to give a talk and we’ll provide leaflets and brochures that they can take home and use to shop with their parents. On August 19th we have our first circus show including a student showcase and that will kick off the week and then the summer camp begins right after.

Following the summer camp, we will be hosting a free outdoor summer event and hiring out the local park to bring all the circus acts and workshops to the community.

At the beginning of the year, I was really focused on getting the classes going. Now I have realized there are so many opportunities to grow and expand in other ways. We can do performances, we can go to schools, we can host workshops. This will all help grow the classes. Being that it's summer and the activity of it all it’s helped get so many more people involved and interested.

Half programs all year long

After this summer camp, my goal is to figure out a way where can run this program continuously and also include transportation that will pick the kids up and take them home so that the parents don’t have to worry about it.

I’m at the point where I have had to turn people away from the camp because it’s only 16 spaces for free and it’s hard to choose. People are really going through things and it’s hard. It’s going to be so good for a lot of kids.

There are so many things we can do once we’re able to secure more funding as well especially if the council can help us. I’d love to offer inclusive and adaptive classes. The council gives funding to very specific projects and I definitely think we will be able to get funding.

Right now we have hired a local theatre for our performance, but my goal is to open our own space and venue. I’d like to get my own building.

I funded one of my students to become a teacher. She’s now going through her aerial teacher training which we funded 50% of and then she’ll come back and teach for us. 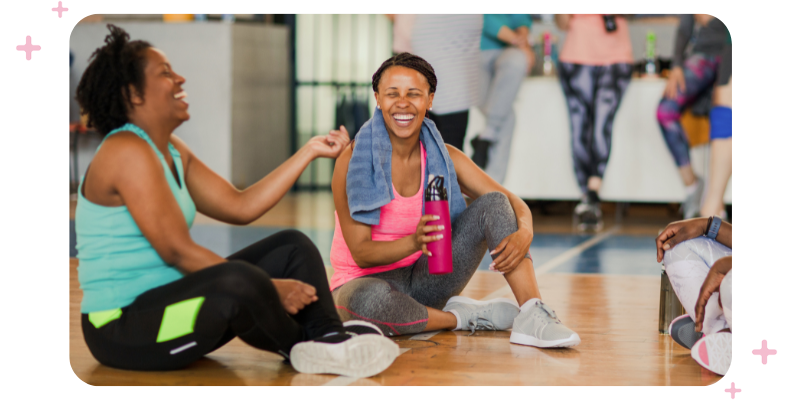 Why you should always persevere

There have been many bumps in the road, there’s not a day where I don’t have to put out a first of some sort, whether it’s a customer or a person or a teacher. But since then we’ve been going up and up. We’ve conquered every obstacle you could possibly imagine.

Thank you for sharing Alex! To follow Alex and Leo's Circus's journey, check out their Instagram here.